New Urban Development: Too risky, too costly. Not.

I just heard from a colleague who had a developer tell him something along the lines of: “New Urbanism is too risky and too expensive because, you know, Kentlands failed.” That’s not an uncommon belief. What is uncommon, however, for anyone on the receiving end of such broad brush generalizations, is an easy response that fleshes out the finer, and truer, details. So here’s mine:

Correct! Kentlands failed — in the late 1980s, the second or third TND (traditional neighborhood development) project ever, during a recession, and when the option for the sale of its mall land was not exercised. Never mind the hundreds of subsequently successful New Urban and infill projects. Despite a dozen or two failures, you still have around a 95% success ratio. Not a bad track record for a new real estate product with just 25 years in the ground.

New Urban TNDs are real estate and, like the strip centers, office buildings and hotels we’ve long become desensitized to, some fail. It happens. But, again like the office buildings, strips, and hotels, that doesn’t mean they’re too risky to do.

Go to real estate conferences. The speakers like to say that it’s the second or third or even the fourth investor that finally makes money on a real estate project — and they are talking strictly single-use product. People make bad decisions (investment or marketing) or the market changes on them, neither of which are exclusive to New Urban projects.

All real estate is risky. There’s a saying (that gets said a lot): “If you want to make a little money in real estate, start with a lot of money.”

Some developers and builders may operate at the top of the game but many more are in the business of churning out  cookie-cutter housing and cul-de-sac subdivisions. Enter a product like TNDs, which are typically not low-end housing projects, and most developers and builders are simply not up to the task of doing one. You can’t convert an assembly line, mass production model to handle a product whose value is reliant on context and details (i.e., better planning, land engineering, green infrastructure, landscaping, building materials, etc).

You can’t fit square pegs in round holes. Let them go, they are the wrong person to develop a traditional neighborhood.

Think in terms of cars. You want someone with a range from RAV4, to Prius, to Camry, to Lexus. Communities interested in their future need to look for developers and builders who can execute a TND at the level a TND should be. No one wants to buy a BMW with a Yugo engine under the hood.

Another analogy I use is that some developers only do office, some only do retail, etc. That’s fine. They shouldn’t be forced to do industrial, or self-storage, or mixed use. As such, local communities shouldn’t have builders and developers who don’t do mixed-use be involved with mixed-use projects.

I can say with certainty that I don’t want a podiatrist doing dentistry on me just because both are doctors. 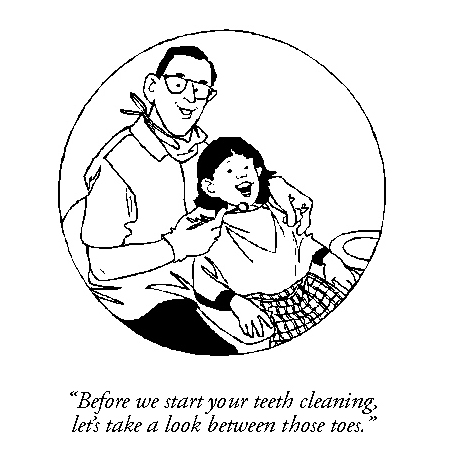 The third thing is this: When seeing the houses at Kentlands, Bradburn, Baldwin Park, Hercules or I’On, many builders acknowledge their attractiveness yet stress that either they would never do something like that (read: they can’t do something like that), or that such homes cost too much to build.

I am here to say New Urbanism does not inherently cost too much, nor is extensive detailing inherent to NU. What can’t be seen, what isn’t being seen in those TNDs, are the market forces at work that makes a successful project a success. What my contrarian developers/builders don’t understand is that successful, higher-end projects emerge in particular markets that can support excellence. Excellence in planning, design, materials, and pricing. It doesn’t matter whether it’s a TND or a gated community with 8 approved named architects and high minimum square foot standards in the homeowner covenants.

The developers of successful TNDs understood their local market demographics when they set out, and the design of their project reflects the realities they must contend with. This justifies their lot pricing, resulting in a price the market can bear and expects to bear for a good product.

The builders also understood their market demographics indicated a demand for better materials, and that their old housing plans would not satisfy an unmet desire for porches and free standing rear garages. This justifies their home pricing, and this is a price the market can bear and expects to bear for a good product.

This market explanation is further reinforced when home buyers upgrade from siding to brick, or from 90 degree brick to 360 degree brick, or from a cement walkway to a slate path. This justifies their purchase price, and this is a price they will bear and they expect to bear when showing off to friends.

New Urbanism isn’t inherently more expensive or risky. It’s responding to the local market’s threshold and expectations. No one is forcing anyone to pay a lot of money to live in a TND. A TND, a car make and model, a certain cell phone, a tablet computer, an RV trailer, they are all market choices.

Developers and builders who tell me why New Urbanism can’t be done are really telling me why they can’t do New Urbanism. This reminds me of an excellent quote from Nathan Norris: “Some places are just not destined for greatness.”

I would add to that: “And there are those who are more than happy to ensure this result.”

Ignore them at all costs.

Lee Sobel is the author of Greyfields into Goldfields, a book on retrofitting suburban mall properties into great neighborhoods.

Filed under Development, Sales and Marketing

2 responses to “New Urban Development: Too risky, too costly. Not.”