Retail on My Mind

Seems I’ve got retail on my mind. It all started in December, with Bob Gibb’s Placemaking@Work webinar, whose tweetchat sparked a Neighbourhood Retail BlogOff led by Steve Mouzon. Then last week Victor Dover’s PM@W webinar followed up with ideas about tactical retail, where he talked about the next version of mixed use being smaller, quicker, and more organic.

We’ve long valued mixed use as a social condenser. And those gathering places that grow naturally out of mixing uses produce the highest dollars per square foot in the surrounding neighbourhood – for developers, owners, and cities. Keeping mixed use viable in tough times makes for economic resilience, yet it’s harder than ever to finance.

Necessity is coming up with all sorts of interesting inventions, often with smaller-scale, organic results. The frequently “cold, dead hand of common management” is being replaced by tactical urbanism for more authentic places. 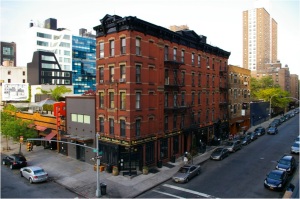 The first, most essential tool to enabling incremental development is the lot. Mixed use developed on a lot-by-lot basis can expand, contract, and repurpose, providing the zoning is character-based, instead of use-based. This also allows us to repurpose heritage buildings, as well as enabling small-scale infill. An incremental layering up by risk takers is then possible, and sweat-equity of entrepreneurs becomes a viable source of funds.

We’re seeing many suburban retrofits engaging horizontal mixed use instead of vertical. The bankers relax to only contemplate one use at a time — the other day a Wells Fargo senior analyst told me to stop talking about vertical mixed use in the US until the European credit crisis calms in the spring. A few weeks before that, a California developer suggested not saying the words mixed use to bankers, but to focus on individual components. 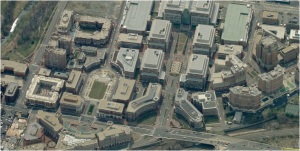 Mixed use development at this scale is not currently viable and lacks the intricacy and flexibility of the traditional urban lot. Photo credit: Victor Dover

Not everyone’s so bearish, but the truth is local markets often don’t support more than 1-story retail right now, so a mixture of horizontal uses within a 5-minute walk still makes for a great place and is easier to finance. And it allows for smaller developers to take on a few blocks — or a few lots — which is how most great old urbanism was built. More bullish markets are building 1-story structures strong enough to carry additional stories later.

Subdivision of lots — instead of large parcel development — was historically one of the greatest generators of wealth. Savvy cities are subdividing small lots again, and removing other zoning barriers like suburban parking requirements.

Small, light, easy to implement, and easy to reverse has always been the most viable retail formats in recessionary times. To do that, not only do we need to resurrect the tradition of lots, but also enable pop-up retail. All sorts of interesting examples are emerging:

Mixed-use has been enshrined in most comp plans across this continent. However, the building must be lovable enough to make us want to recycle it. So building design and urban form are critically important.

Retail: 1000 rooftops and other magic numbers

The BlogOff spent most of January debating the question: Does a corner store really need 1,000 rooftops to exist without subsidies?

Urbanists spent much of the last 25 years designing things that need subsidies. Scott Doyon talked about that a couple of weeks ago, in his piece about punk urbanism. To explore further, I reconnected with one of Scott’s anti-rock stars, Bob Gibbs:

Supportable means that the business can produce enough sales to pay market rate rents, labor, inventory, and taxes. The figure is determined by how much the average household spends on convenience food items such as beer, milk and chips. Corner stores are more expensive than large supermarkets, and therefore will capture only a tiny fraction of the household budget. They’re for when you need that baking soda or diaper now, and don’t care how much it costs.

Still, a rule of thumb is just that. The 1000 homes rule of thumb assumes that 100% of corner store sales are generated only by the surrounding homes. This is seldom the case, especially if the corner store is located along a busy road, or if there is an employment center or civic use nearby that attracts shoppers beyond the neighborhood. As an extreme, zero homes are needed to support a corner store if it sells gasoline along a highway.

Corner stores that sell liquor, specialty deli, wine, or baked goods can reach beyond the typical sales performance. An example is Kentland’s corner store, located near live works, a Whole Foods, a million SF of retail, and lots of office. Large amounts of their sales come from beyond Kentland’s 300+ homes.

If the store is located away from an urban center or supermarkets, it may capture a larger percent of the household’s food budget.  Multiple corner stores may be viable if specialties are varied between them: wine, baked goods, or prepared foods. 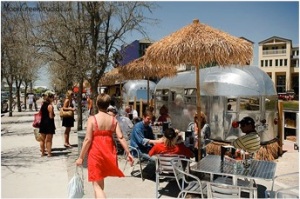 In the case of a building owner with no mortgage who’s interested in creating a groovy corner store with modest return, all rules of thumb are off.

Cities and new urban communities are filled with closed corner stores. As a rule of thumb, under no condition, should the developer or anyone else subsidize a corner store.  This leads to lazy operators that offer poor goods and services.

Despite the economic challenges being faced in all aspects of our built environment, I’m especially excited by what’s happening with retail. Not because I’m expecting a return to business as usual but because we’re finding ways to leverage resources not in short supply: Creativity. History. Ingenuity. Even moxie.

What are your ideas?

Filed under Development, Financing, Planning and Design, Sales and Marketing

14 responses to “Retail on My Mind”