Tools for Trickle Up Economics

Several years ago I had the fortune of collaborating with architect Teddy Cruz, artist Joyce Cutler-Shaw, and landscape architect Michael Sears on a study of San Diego’s rich history of creating Visionary Planning documents. Our documents included John Nolen’s 1907 and 1926 City Plans, Kevin Lynch and Donald Appleyard’s seminal 1974 shot-across-our-bow “Temporary Paradise?“, and Adel Santos’ 1993 “Urban Futures” plan to re-urbanize downtown’s East Village. During a work session, Michael was thinking aloud when he said, “… building towards cultural and social value always equates to economic value, while the converse is not as true.”

The common thread of these vision plans were their primary focus on building a publicly accessible waterfront, park system, thoroughfare network, and civic spaces and buildings. These large planned public investments were the ‘framework’ to spur private economic development. This is a common all-ships-will-rise approach to city building, Meaning, if we all invest in the necessary infrastructure to set up the possibility of great places where people choose to spend both time and money, the surrounding individual land owners and entrepreneurial developers will benefit from our collective investment to build the businesses and homes necessary to realize a vision. 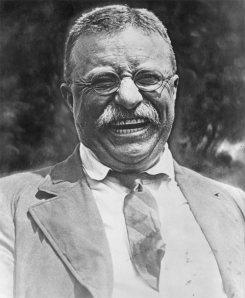 Conversely, during his July 1915 visit, President Teddy Roosevelt’s reminded us of the consequences of not building towards cultural and social value:  “I hope that you of San Diego, whose city is just entering on its great period of development, will recognize what so many old communities have failed to recognize. That beauty is not only well worthwhile for its own sake, but that it is valuable commercially. Keep your waterfront and develop it so that it may add to the beauty of your city. Do not let a number of private individuals. . . make it hideous with buildings, and then force your children to pay them an exorbitant sum to get rid of the ugliness they have created.”

Is it possible that Teddy’s sentiment is a long-faded historical perspective not applicable today?  Have we forgotten that civic places facilitate economic development and that it is detrimental to give away your city’s best public resources? Obviously these are rhetorical questions intended to illustrate the precarious balance of valuing short-term economic interests over longer-term cultural decisions.

When implementing or deciding upon projects during this Great Recession, today’s city councils and planning commissions are increasingly faced with choosing short-term economic value and hoping for a ‘trickle down’ effect. Due to the lack of funding for maintenance or reallocation of resources, encouraging a private developer to do whatever they want now and hope for a better public realm later is understandable because who wouldn’t support somebody willing to step up and take a tremendous amount of financial risk to build in our toxic economic, political, and environmental landscape? Our decision-makers are hyper-sympathetic to private development projects that may stimulate economic growth, even at the expense of public land. These projects usually include the relinquishment of public parks, libraries, post offices, military lands, sports stadiums and/or subsidized convention centers to private entities.

City of San Diego loses its Planning Department and ends up needing a Grammar Department.

How should we approach this political conundrum wrapped in an economic enigma? Instead of simply closing the City Planning Department, and replacing it with a permit/fee generating Development Services Department, I recommend  recognizing the innovative and new economy economic development opportunities that vision plans, policies and regulations can provide, such as:

Just this week, a new San Diego Vision Plan highlights the point that our elected officials to continue making long-term value added decisions. The survey states that 73% of the participants voted that “Improving public infrastructure is the best way to develop our economy.” They understand that large-scale public infrastructure is important to the health and wealth of individuals who build our cities, which in turn reflects what we value as a culture at that time as either being short-term economic gain or long-term cultural accumulation. Cities are also beginning to understand that public infrastructure in the 21st century equates to multi-modal transit networks and facilities, more efficient utility systems, and smarter wireless technologies, as well as civic spaces and civic buildings. 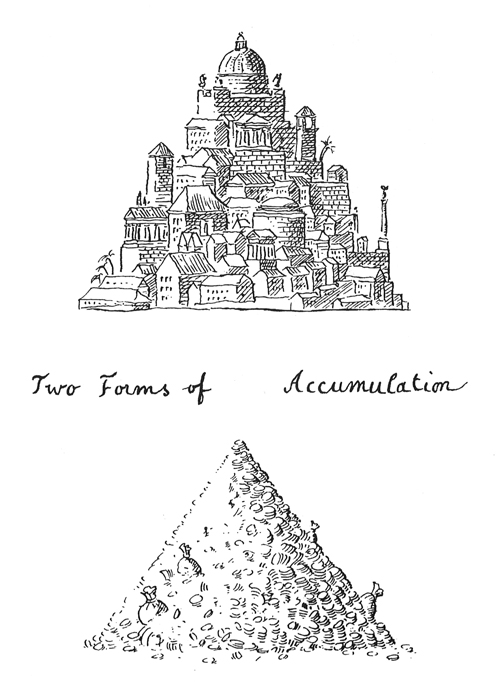 Our cities are not simply a collection of private buildings or a vast network of public infrastructure, but a series of complex communities filled with people, food, music and the places they inhabit. Healthy economic development, like city building, needs a balance of both long and short-term development. Innovative planning policies and regulations that implement the vision of a city assists decision-makers with making these value judgements.

One response to “Tools for Trickle Up Economics”